President’s Letter: After the Fall of Afghanistan, We Need the Rise of the Peace Corps 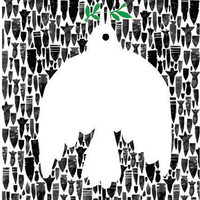 The United States needs to engage with the world — but not with top-down military-first policies.

By Reed Hastings and Glenn Blumhorst

Americans spent the past two decades trying to rebuild Afghanistan from the top down. Our military led the way, with huge sacrifice, and the American people spent more than $2 trillion on this effort. While hopes were raised, particularly for women, progress was fleeting. Our mission was not achieved.

One could be forgiven, then, for believing that American engagement overseas is a pointless task. And one could even be forgiven for thinking that Americans should choose to stop engaging the world because of what we’ve just gone through, and that instead, we should retreat, self-isolate, and give up.

Yet that would be a grievous mistake. Not only because it would undermine America’s security and prosperity, but because it simply isn’t true.

We’re writing this piece because we, as former Peace Corps Volunteers, have seen the other side of official American engagement with the rest of the world.

We’re writing this piece because we, as former Peace Corps Volunteers, have seen the other side of official American engagement with the rest of the world. We’ve experienced what it means to be welcomed by foreign counterparts and to build partnerships with them on behalf of the United States. We know that this is possible, because for six decades, it has been done.

Not only is there a humanitarian interest in returning Peace Corps Volunteers to the field, but there’s a strategic imperative in doing so. Americans cannot afford to stay at home. Our global competitors, like China, are salivating at the thought of an America in retreat. Nothing would better rebut that image than civilian volunteers being sent abroad to build peace, just as they were by President Kennedy in 1961 at the height of the Cold War.

For example, the Peace Corps community wants the agency to rectify systemic racism, to strengthen recruitment of and support for Volunteers from communities of color, and to root out gender-based discrimination in the Peace Corps as an institution. It also wants an agency that seeks innovative solutions to shared global problems, one that’s responsive to shifting expectations in the developing world. It wants the agency both to listen and to learn from our global partners so that Volunteers can provide them with the best that America has to offer.

There’s a domestic dividend from Peace Corps Volunteers that has yet to be cashed.

Alongside these and other reforms, the community wants the agency to create programs that train American talent to ultimately succeed in the global marketplace. And it wants the agency to mobilize the vast national network of Returned Peace Corps Volunteers to more effectively implement the agency’s Third Goal of “strengthening American understanding about the world and its peoples.” There’s a domestic dividend from Peace Corps Volunteers that has yet to be cashed.

Listening to this collective wisdom from Americans who have served in the field overseas will be the antidote to the failed top-down military-first policies of the past two decades.

Fortunately, both Congress and the Biden administration have been receptive to these views. Legislation is moving in both chambers of Congress to reauthorize and renew the Peace Corps, providing it with the vision, reforms, and funding it needs to become the best arm of American global engagement that it can be.

Crucially, the legislation calls for $600 million in funding for the agency by 2025, up from the current $410 million. As Americans, we’re embarrassed by the paltry funding for the Peace Corps, especially considering how we spent roughly $300 million per day over the past two decades of war. Certainly, America can afford to increase what we invest in the Peace Corps in one full year from one and one-third of a day’s spending in Afghanistan to two.

For six decades now, the Peace Corps has been welcomed across the globe while advancing America’s self-interest. For far too long, our country has taken this tool of American power for granted. But for those of us who believe in America’s capacity to do good while advancing both our interests and values, taking the Peace Corps for granted is a luxury we can no longer afford.

We — the American people, coming in peace — are what the rest of the world wants from us. What it doesn’t want are more Afghanistans.

This essay originally appeared in The Hill in September 2021 and appears in the 60th-anniversary edition of WorldView magazine.

Reed Hastings is the co-founder, chairman, and CEO of Netflix. He served in the Peace Corps in Eswatini (formerly Swaziland) 1983–85.

Glenn Blumhorst is the President and CEO of National Peace Corps Association. He served in the Peace Corps in Guatemala 1988–91. Write him at president@peacecorpsconnect.org.